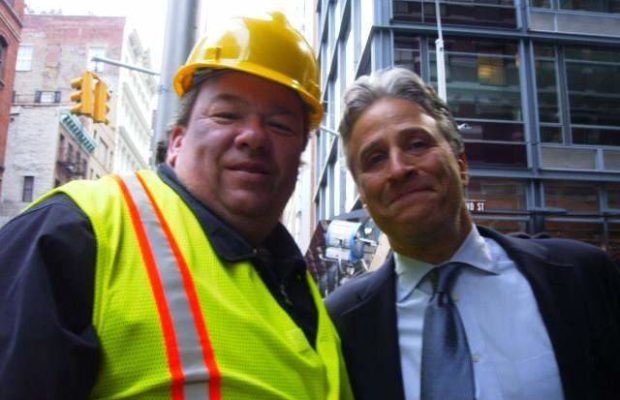 Daniel Angus Cox, who was a professional actor in New York on TV programs such as “Boardwalk Empire” and “The Daily Show With Jon Stewart,” spent his New Year’s holiday back in his hometown of Tallahassee.

He went to the Little River Band concert on Kleman Plaza on New Year’s Eve. The upbeat and quick-to-laugh actor met up with old friends at Waterworks for drinks in Midtown. He ate a lot of good meals with his family, despite a nagging respiratory infection that was following him around.

On the trip back to his home in New York, where he had lived for 14 years, he spent the night at a friend’s home in Atlanta. That is where he came down with fever and flu-like symptoms. Cox died in bed on Jan. 2. The final autopsy report is still pending. He was 51.

His friends and family are reeling from the sudden death.

“I thought he wasn’t finished (with his acting career),” older brother Burt Cox said on Thursday. “All I can think of is how close he was to having the security and recognition he so richly deserved. I think of this as a cosmic robbery.”

I met Danny, as I called him, in the ’80s when he was a kid playing drums in a rock band called The Method.

The group, which also featured Mark Stidham on guitar and Rick Weissinger on bass, specialized in covers by such bands as U2, Let’s Active, Echo and The Bunnymen, The Violent Femmes and R.E.M., which was pretty cutting edge in those days.

The Method certainly had a sense of humor. One of it most memorable gigs was on New Year’s Eve at the Chuck E. Cheese’s restaurant and Skee-Ball palace when it was still located on Apalachee Parkway.

Cox also pounded the skins in the band called Duffton Loop. It featured guitarist Bob Anthony, guitarist-singer Pat Puckett and bass player Dave Murphy, who would go on to form the legendary band The Casual T’s after Cox bowed out of the group.

“Danny was a really, really good drummer,” Murphy said. “A fine musician and a really nice guy. He was very much like Stewart Copeland, very toppy and very accurate. He was on top of that snare.”

Murphy said Cox would show up for rehearsals wearing ascots and smoking jackets. He liked to get into character before playing the drums.

“He always had a theatrical side to him,” Murphy said and laughed.

By the time the ’90s rolled around, Cox focused his talents on acting. He appeared in such Tallahassee productions as Sam Shepard’s “True West,” played the elephant-headed god Ganesh in “A Perfect Ganesh” and was involved in the Southern Shakespeare Festival in the mid-’90s. That’s when he met a budding young playwright named Lucy Alibar, who would go on to receive an Oscar nomination for adapting her play into the critically hailed film “Beasts of the Southern Wild” (2012).

“Dan was a class act,” Alibar said in an email from New York City. “He taught me the meaning of humility. He was so talented and treated everyone with the same kindness. He made everyone laugh too much. I think he was so brilliant at playing the Shakespeare clowns because he brought soulfulness and humanity to every role he played.”

Alibar picked Cox’s brain when it came to gathering knowledge about the theater world.

“When I was in high school I thought I wanted to be a theater director and assisted on different shows in the area,” Alibar said. “Dan gave me rides to and from rehearsals without ever complaining or making me feel like a burden. I never heard him say anything unkind to or about anybody. He was just a gem of a man.”

His brother Burt put it nicely and precisely when he said of his baby brother, “He was always childlike. He stayed innocent. Dan’s charm was in his great regard for other people. … When he walked into the room, he wasn’t George Clooney or the coolest guy there. He wasn’t working on cool, he was working on warm.”

Before he died, Cox was auditioning for a role on Steven Soderbergh’s new Cinemax series called “The Knick.” On Dec. 29, Danny got on his Facebook page and typed out his final post. It went:

“Only in Tallahassee a few more days, sad to say. Have gotten to see family, and some friends, but not near as many as I would have liked to, due to circumstances, and just not enough time being here. Wish I could stay another week or 3. … Thanks to everyone I did get to see, for taking the time to see me and for making me feel so welcome back home. I sure do love me some Tallahassee!!!”

The Cox family is holding its tribute to Danny at 2 p.m. on Jan. 26 at the Bradfordville Blues Club, 7152 Moses Lane. It is open to all friends, fans, fellow actors and musicians who knew him.

Follow Pop Focal on Facebook and Twitter for updates on movies, television, tech and viral pop culture.
Related ItemsActorDan Coxfeatured
← Previous Story Filipino Celebrity Asks the Public to Donate for Typhoon Tragedy
Next Story → No Sex. Is He Cheating? One Woman Knows.